Journal of the Biodynamic Association

More wine producers than ever before are farming organic or biodynamiccally. Around 5-7% of the world vineyard is now organic/in conversion and of this around 7-30%(depending on which country or wine sub-region we are talking about) is subject to come form of biodynamics, with a significant recent rise (albeit again from a small statistical base) in those also wanting Biodynamic certification. There are currently around 400+ wine producers worldwide with Biodynamic certification and one of these, the Demeter-certified Domaine de la Soufrandière in southern Burgundy is the focus of a film called "Wine-The Green Revolution".

It was shot, edited and produced by twenty-something Guillaume Bodin, whose day job is working in the vines at Domaine de la Soufrandière.

The domain'sowners, brothers Jean-Philippe, Jean-Guillaume and Marc-Antoine Bret, explain how their grand-father grw up with chemicals simply because his generation were simply taught to be "laboratory farmers".

We sees the brothers Bret phoughing by horse rather than by tractor, hand trimming and hand picking their vines,and making plant teas. They spray yarrow, dandelion, willow, stinging nettle and common horsetail (Equisetum arvense) teas in spring to stimulate the vines'self-defence mechanism. A concentrate is made by leaving dried or fresh herbs in freshly boiled but no longer still boiling water for 20 minutes or so.

Jean-Guillaume says they stop using tea when the vines are in flower, so as not to provoke excess vigour which might then create unwanted disease pressure. Horn manure 500 is made by stirring 300 grammes of preparation for our hour in water pre-warmed to 37°C in a 110-litre copper dynamiser. This is enough for 3 hectares.

The Mâconnais regain has become a hotbed of Biodynamics partly due to Pierre Masson, now one of France's leading biodynamic consultants. The suitably bearded Masson says he got into Biodynamics after France's 1968 student protests, returning from university to his family's Mâconnais farm and its herd of cows.

Masson says cows use their horns and sinuses to "contemplate" their local environment at an olfactory level, as if they were tasting it and, having sensed what is missing, can then rectify this lack via their manure. Masson explains why the Biodynamic emphasis of seeing farms and vineyards as self-sustaning living organisms with their own livestock for compostable manure makes sense, both in creating wines with a sense or taste of place, and for our wider environment.

Another wine-grower, Olivier Jullien, reminds us that the cow has an incredibly complex digestive system but produces manure which outwardly at least seems not much different to the grass she ate in the first place. "How can such a complicated but seemingly inefficient animal have survived natural selection?", he asks rhetorically, before reminding us that ancient civilizations sensibly revered cows for their fertilizing power.

Pierre Masson then points out how dieticians often recommend food produced to Demeter standards to patients who are ill or weak. The pay-off, which both farmers and consumers need to accept he says, is food imbued whith regenerative vitality requires growers to accept a "less is better" or produce for quality, not for yield, ethos.

But, don't expect a quick-fix, says Jasper Morris, a Master of Wine with nearly 30 years' experience as a professional buyer of Burgundy wine. "Both vines and man take time to adapt to biodynamic methods, "Morris says, whilst tasting barrel samples in the cellars of the Demeter-certified Domaine Rossignol-Trapet, an estate Morris praises for make "purer and finer" wines since going biodynamic.

Aubert de Vilaine, who runs and is a family shareholder in Burgundy's mainly red wine Domaine de la Romanée-Conti, the world's most revered wine estate, says biodynamic methods allow the grapes to produce wines with what he calls "finesse de maturité", or what might be called "a purer sense of place".Wines tasting of a sense of place is a sort of Holy Grail for top wine producers, not just in France but globally.

Biodynamics has played the leading role over the last 20 years in realigning wine-growers with this "terroir" or "sense of place" notion. But "terroir" is not just about the soil, but the light and heat qualities without which grapes cannot ripen. One of the most beautiful sequences in Bodin's more image- rather than narrative- driven film are of an early morning spraying of horn silica over the tops of the vines.

Overall this is a relaxing and beautiful film to watch, with several well-chosen interviewees (all men, sadly...) explaining the key parts of biodynamic theory and practice in generally easy to understand if uncritical terms (the English version is subtitled). There is only a little narration, some of it more stylistic than substantive, and I think the film would have benefitted for some clearer signposting geared to those for whom neither wine nor Biodynamics are passions or professions, but who like to drink wine and when shopping are prepared to look for and pay for "greener" alternatives. They, ultimately, will finance wine's Green Revolution. 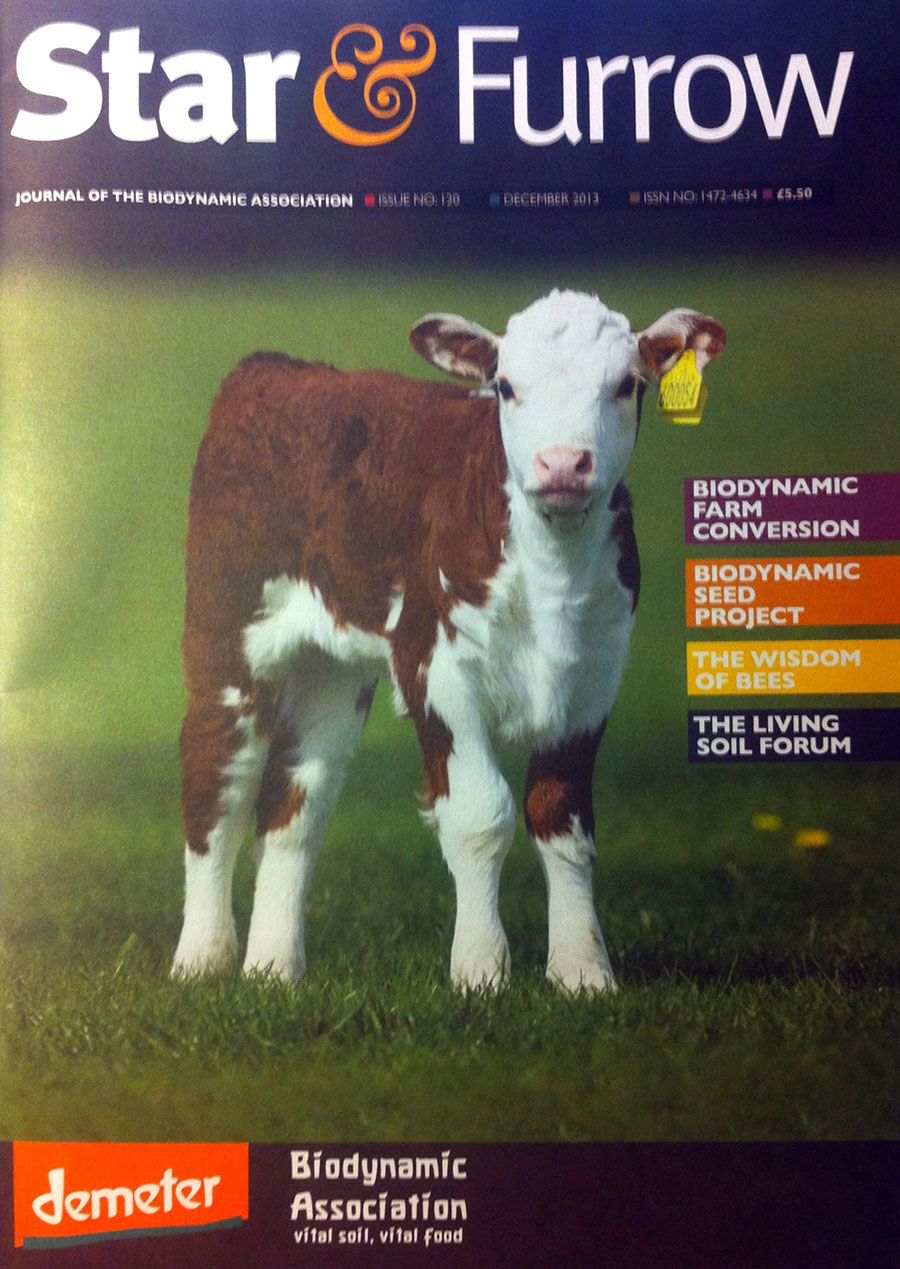