Traditional agriculture, the most practised form of agriculture around the world, became commonplace following the two world wars, as it was during that era that knowledge about chemistry greatly increased. Traditional agriculture is based on treating the soil and plants with products that are more likely than not noxious, and more likely than not synthetically produced in a laboratory. These products are used to prevent disease or pests from blighting the plant. 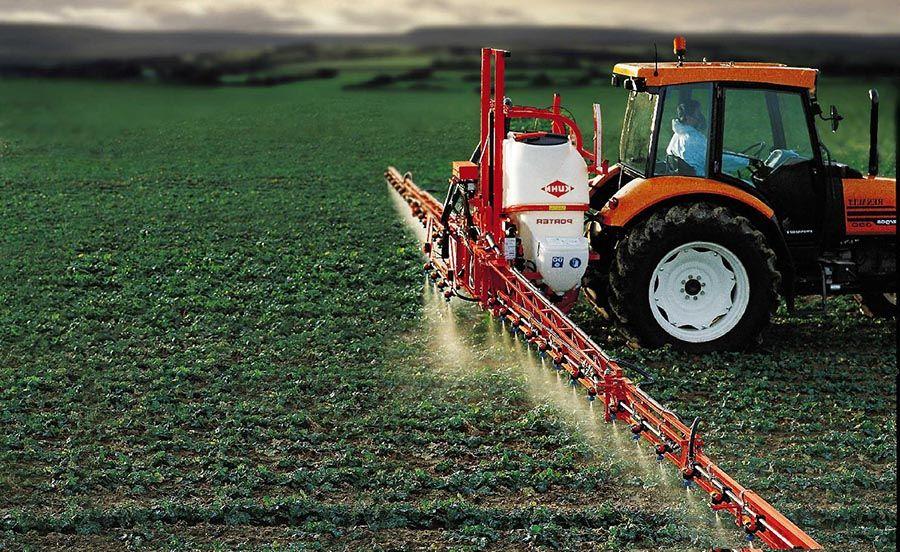 Jean-Paul Jaud's documentary film Nos enfants nous accuseront (Our Children Will Accuse Us) traces the life of farmers, children and the people who live near to cultivated fields. Today, cancer is an inherence in the life of people who live in the countryside. Why do we let this happen?

One of the biggest problems with traditional agriculture is that it kills off life in the topsoil and subsoil. In order to be worth anything, soil needs microflora (bacteria, fungi and actinobacteria) and microfauna (protozoa, nematodes and arthropods). Use of powerful chemical products that destroy or inhibit harmful fungi or fungal spores (fungicides), that kill or inhibit harmful insects and other pests (insecticides) and that control unwanted vegetation (herbicides) has ultimately contributed to the reduction in microbial life in the soil, to the point that, in order to yield sufficient crops, it is necessary to use very large amounts of fertilisers. This all, in turn, results in near-barren land unable to generate its own organic matter. 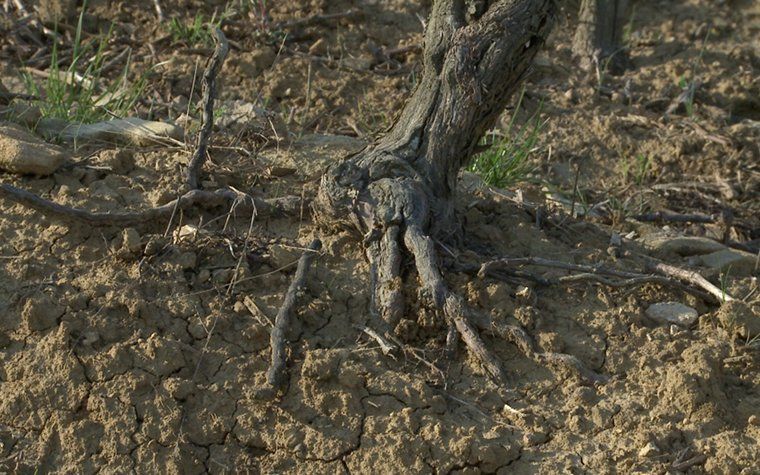 Massive erosion is the result of 30 years of no ground cover at this vineyard.

In viticulture, for example, making a wine that expresses its terroir – its sense of place, a reflection of the climate and soil type and location – is thus nonsense, because there is no longer any terroir that can be expressed, not in the grapes on the vine, nor in the finished wine in the glass. Any organic matter present throughout the process came from a factory.

But the pattern continues. The arrival of genetically modified organisms (GMOs) is not a solution, though the giant corporations producing them would have us think otherwise. Insects against which GMOs are supposed to be resistant evolve to become themselves resistant to the anti-insect properties in the GM plants. So, in addition to genetically modified seeds, the farmer must then use products even more toxic than those used previously. The cost, economically and environmentally, of GMOs risks being very high in the near future.

Another very good documentary film, The World According To Monsanto by Marie-Monique Robin, gives a useful overview of what is at stake for huge agricultural corporations in using GMOs.

Furthermore, what is called responsible farming can often be a quick-and-easy strategy that dodges a total commitment to agricultural practices that respect the environment. It's something of an illusion, a deception, a way to profit from marketable keywords and catch phrases. But the fact is that “green” farming methods are more than just marketing – they are something that is necessary, both because of how we have been harming the earth with toxic substances, and for our future. Previously, fertilisers and other chemical treatments were used for no better reason than the fact that they existed. Today, people are starting to think about their overall impact before starting to spray. And it's a good thing!

To conclude, traditional agriculture answers to the economic demands of a capitalist world by making it possible to produce massive amounts of food and feed with minimal physical effort. Tractors, seeds, and synthetic fertilisers and treatments are used immoderately without much thought given to their impact on the soil or on plant biodiversity. Instead, a monoculture is favoured. Yet it is not the agriculturalists with whom we should be upset, but industrial lobbies, the petroleum industry and other such mega-corporations that utilise the earth each day to keep their systems rolling. 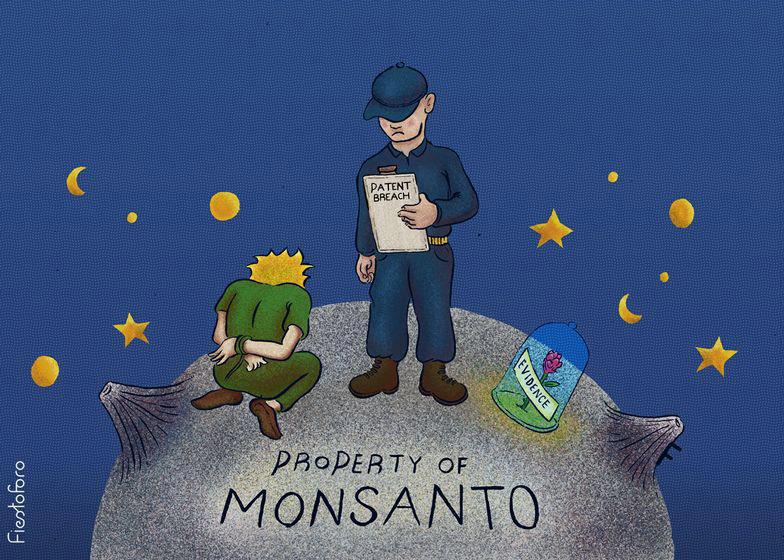 Understand the evolution of the Domain Patrick Hudelot crossed between 2000 and 2012 of the conventional agriculture in the bio-dynamic farming.